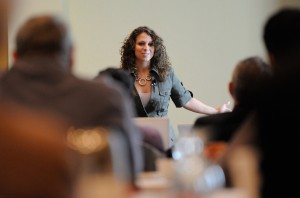 How Sharí looks on stage.

Okay, let’s face it. I’m not really known for being demure or meek. In fact, I’m pretty sure that neither of those adjectives have ever been used to describe me.

In my line of work – speaking, coaching, and training – my outgoing and confident nature certainly serves me well.

However, that doesn’t mean that I don’t have self-doubt, get nervous, and feel terrified to take leaps forward. 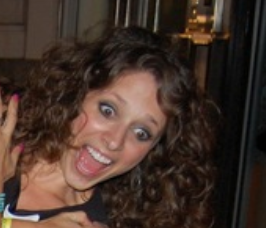 When I first created the Building Personal Influence course, my business coach and mastermind group all told me that I was selling the course for way too little. “You’re giving away crazy value! You should be charging double or triple that!”

I appreciated their comments, but I thought that, since they’re my friends, they were just being nice. It’s their job, right? So, my self-doubt and worry held me back from taking their advice.

And then, last week, something happened that sent a shock through my system and I started to doubt my self-doubt.

I spoke for the American Society of Training and Development. At the end of my speech, I shared details about the Building Personal Influence course. I broke down what is included: coaching calls, videos, manual, etc. and their corresponding value – which comes out to be $2,300. I then explained that the retail price is around $1,100, but if they sign up for the early bird special, it’s only $397 right now.

Then, I decided to take a risk. I asked, “So, who’s interested in signing up?” I felt my chest tighten with fear, concerned that no one would raise their hand.

But, before I could even finish the question, one woman’s hand shot up and she said, “I was interested when it was $2,300!”

This woman, who didn’t know me from Adam an hour ago, saw amazing value in what I was presenting. She wasn’t a friend. She wasn’t obligated to be nice. She saw the course’s full value and wanted to be on board. It was as if in one quick flash, all of the self-doubt and ineffective, negative self-talk that plagued me for months finally met its match.

So, that is why I wanted to let you know that this is officially the last time that I will be selling the Building Personal Influence course for $397. The early bird special ends Wednesday. This will be the cheapest you will ever see it being offered.

Of course, it wasn’t just that one woman’s reaction that spurred my decision. I have also had such wonderful feedback from people who have taken the course in the past. I get Facebook messages and texts from past students saying, “I used one of your techniques, and it totally worked!” And, “I keep thinking about what you said in the course and it’s really helped with some tough conversations.”

People are constantly quoting me back to me – lessons, strategies, techniques, etc. So, not only does the content have value…I also know that it has lasting value.

I know that this course delivers. It’s time that I squash the doubting demons and own it.

So, if you have been on the fence, now is the time to sign up. Grab this deal while it’s still available.

Have all of my self-doubts gone away? Nope.

Because, here is what I have learned:

In fact, during the course, one of the common questions is about confidence. Students ask about how they can build up their confidence to talk to their boss. They want to know how they can tap into feeling confident before a big meeting.

The truth is, there are plenty of techniques to help you move through your doubt and into confidence.

In the last class, one of the students was nervous about presenting ideas at an upcoming “innovation meeting.” She was afraid of how she might be judged by her colleagues and her bosses.

She and I walked through the influential process: setting a clear intention and reverse engineering how to achieve that intention with influential techniques.

A few weeks after our session, she called me and said, “They changed the meeting format! It was totally different than I had anticipated! I got so nervous and upset at the beginning of the meeting, but then I remembered the very clear intention that we had set and the way we strategized to build up to it. And, all of a sudden, I realized that the meeting format didn’t matter at all! I knew my goal and I knew how I could get there.”

I have a very clear vision of the value offered in this course and how it will help you. My mission is to deliver the dark arts of influence into the light and I am determined to continue to bring value to help you increase your influence in every situation. I certainly believe joining is in your best interest. And I look forward to hearing your stories after YOUR successful covert missions of influence.

Bringing the “Dark Arts” of Influence Into the Light [with VIDEO] 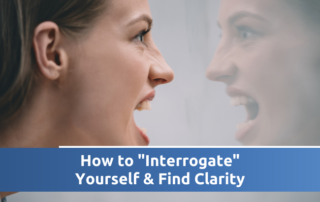 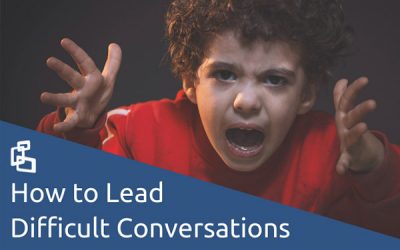