I didn’t always hang out with the best cliques in school. There were times when I hung out with the druggies and vandals. I never took part of their adolescent shenanigans, but for some reason we all got along. Sometimes the teachers thought I would be the weakest link. They thought that frizzy-haired, straight A, honor student would spill the beans about the goings-on in our little subculture.

They were wrong. As long as no one was getting hurt from my friends’ behavior, I didn’t feel it was any of their business. 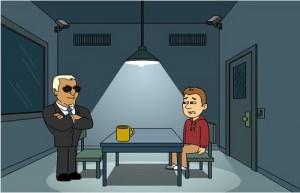 What I remember most was how I was approached by teachers and administrators. They tried to intimidate me by having me sit in their office with all their official looking degrees on the walls and leather-bound books on the shelves. They would tower over me with their arms crossed, stern face, and pointed tone.

I thought to myself, “I have a 6’1″ Polish father and a 5’1″ Italian mother and you’re trying to intimidate me?! You ain’t got nothin’.” Their “strong arm” tactic only made me build up a stronger forcefield.

Intimidation rarely works. It only forces the other person to build up stronger defenses.

If you want to get information from someone, get them to agree with your point of view, or have a potentially difficult conversation with them, the first step in the process is always to develop rapport.

You don’t need to spend evenings sipping on Port in the Hamptons telling stories about your first kiss.

Rapport is an invisible bond that happens naturally, or you can consciously create it. Basically, your job is to put the other person at ease and have them think, “This person is like me.” – even if that thought is a subconscious flash.

I’ve compiled a semi-comprehensive list of the many ways you can develop rapport with someone. I will probably write a blog post on each of these someday, but there’s nothing wrong with a quick overview to get ya thinkin’.

In no particular order: 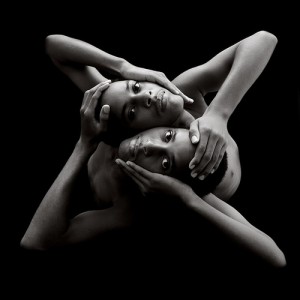 Mirroring doesn’t mean mimicking. You don’t want to become their shadow – moving exactly as they do, when they do. Observe the elements of their body language and incorporate it into your own. If their gestures are small and contained, you have a better chance of developing rapport if your gestures are small and contained, rather than big and overbearing.

The essence of rapport is: like attracts like. One way you can be like the other person is to match their speaking volume. If they are quiet spoken, then you should be, too. If they are loud, then turn up your own decibels. I’ve worked with many Texas businessmen over the years and every time I talk with one, I notice that my voice is louder than usual.

I might lose some of you on this one, but just wait a second and let me explain. Have you ever noticed when you are cuddling up to your significant other that there are moments when your breathing pattern matches? Jogging partners also experience the same phenomenon. One of the first lessons they teach in Tantric sex is to get in sync with one another’s breathing.

People who are in deep rapport match their breathing.

You can consciously make an effort to match the breathing pattern of someone else by simply paying attention to the rise and fall of their chest.

There are many other way cool side benefits to this, but I’ll talk about that another time.

This is probably what most people associate with rapport. Finding something in common means that the two of you will have something to talk about. Be observant. Look around the person’s office or living space. Look at their clothes; brand names can tell you quite a bit about someone’s taste and lifestyle.

I’ve started conversations with people based on the cover photo they have on their phone. Protective phone cases can also give you clues. Class rings can be a gateway into pleasant discussion. I’ve started rapport building with women based on hairstyling tips. 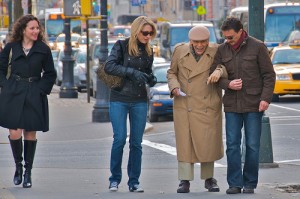 Doing someone a favor or helping them with a problem (no matter how big or small) can be a good foundation for rapport building. They also feel indebted to you in some way. This is commonly called the Law of Reciprocity. Robert Cildini’s book Influence explains this in greater detail.

If you really want to kill rapport, interrupt the other person.

It’s true that when two people have built a connection over time, they have a shorthand way of speaking to one another, which means that one will cut in while the other person in speaking. But, we are talking about creating that initial sense of rapport with someone you don’t know well.

You can’t cut them off. It’s not only rude and disrespectful, but your rating on the rapport-o-meter will fall into the red zone. 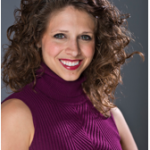 You can put someone at ease if you have a pleasant and sincere smile. Check out more on this in my post The Smile Experiment.

Pay attention to someone’s vernacular. Depending on the region where they live or grew up, they may use some interesting colloquialisms and phrases. When possible, you should pull similar ones out of your pocket. I grew up in Oklahoma, so when I talk to a fellow midwesterner, you might hear something about a chicken running with its head cut off.

If you have any background in NLP, you’ll know what this is right away. If you don’t, continue to stop by this blog. I will show you how some specific NLP techniques can make you have communication super powers.

There are many more examples, but hopefully you get the idea. When you pay attention and notice their word choices, you can then incorporate that into your own speech. In essence, you will be speaking the same representational system language.

There are more ways to consciously create rapport with either someone you just met or someone you’ve been working with for years. I hope these tips give you enough to try out for a few days until the next blog post is posted.

Was that helpful? What else would you like to know about communication? I love getting ideas from the community!

Please leave your thoughts and questions in the comments section below! Let me know if you’ve ever tried out any of these techniques.

How You Can Kill a Sales Pitch: Tales from the Gym

How to Start a Speech: Two Killer Tips