Something has been bugging me.

I live in a world where advice – solicited or not – passes through the air like radio waves. I’m surrounded by experts who can quickly, easily, and energetically spout out tips for success, marketing, business, social media, relationships, leadership, podcasts, videos, spirituality, fitness, entrepreneurship…. This list goes on and on.

Taking smart advice from smart people has undoubtedly played a role in my success. However, one type of advice instantly raises a red flag. Warning alarms go off. When I hear this type of advice, I put it through many filters and tests before I hit the “go” button.

“You absolutely have to…”

The Flaw in Universals 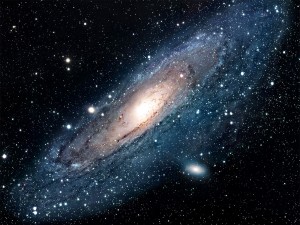 The above phrases are known as universals. It is language that suggests all-encompassing, absolute truths. Words like always, every time, everyone, never, and only are common universals. If something is “universal,” then it means that the law, rule, strategy, or advice doesn’t change under any circumstances.

So, someone giving you advice with universal language is basically saying…

None of that matters. You should just follow this advice.

If your work is in, let’s say, computer coding, then okay fine. There are probably many applicable pieces of advice that are universal. Anything that is binary has “if you do this, then that will happen” aspects to it.

But, if you’re dealing with human beings, then there are a plethora of factors to consider when giving and receiving advice. We are complicated creatures. One-size-fits-all advice is rare. This is why I generally preface my advice with, “It depends…,” tailor the advice to that person, let them know why I’m giving that advice specifically to them, and include some alternatives for different circumstances. Yes, my advice can be long, but it’s thorough.

In order to be effective in communication, you have to look at all the variables: the person’s personality, the situation,  relationship dynamics, their emotional state, goals, timeline, and more.

Masterful communicators build their repertoire of communication tools, are skilled at reading situations, and identify when to use each technique.

The world of #communication isn’t black and white. It’s all gray, honey.

Anytime someone gives you universal advice, especially in the area of communication – spoken or written – proceed with caution.

“But I just want a freakin’ answer.” 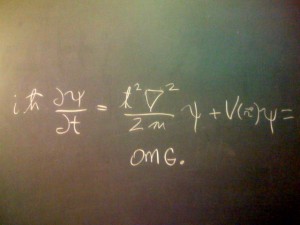 I have no idea if this equation means anything, but the OMG was funny so I added it 🙂

Now, some people can get frustrated at the less-then-binary nature of communication. I am asked regularly, “What should I do when…?” or “How should I handle…?” People want a clear path to follow. While there are many patterns in communication that you can leverage, I still hesitant to use universal language.

I am writing an important speech for a client. This speech will ultimately be the basis of his brand and speaking career.

He almost didn’t hire me.

Why? Because he had worked with 2 other speechwriters/coaches and the end result was sub-par. He also just came back from a speech development workshop where the speaker touted “the ultimate speech formula” – a step by step process that every speaker should follow in order to create their killer keynote.

Doing my due diligence, I asked him about his experience with the previous consultants. In each case, the coaches had their specific formula for speech development – how to open a speech, how to close, when to use stories, when to be funny, when to use statistics, etc. They were formulaic, cookie-cutter styles.

No wonder the speech never felt right to him. It wasn’t his speech; it was just another version of theirs.

Speeches have to be tailored to the speaker’s message, goals, audience, and the speaker’s strengths and weaknesses. There is not formula that fits all of those variables for everyone. So, always question universal advice. (Did ya see what I did there? *snicker*)

The Destructiveness of Universals

Universals leave no room for exception, which can lead to a destructive problem.

If an authority figure says, “The only way to become successful in this business is to X, Y, and Z,” what happens when that advice doesn’t work? How does someone feel when they failed at a ‘universal’ truth? What thought process follows? 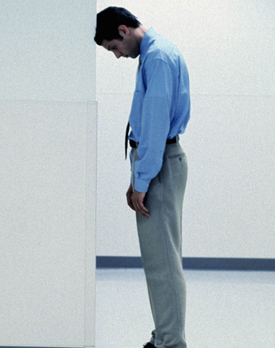 Would the person doubt the authority figure? Maybe, but it would be after a number of attempts. Before they doubt the authority, they will likely turn their doubt inward. They will think something is wrong with themselves, that they must have done someone wrong or missed a step. They might think their idea must not be a good one or that they are  doomed to fail.

These are some of the destructive thought patters that ‘universal’ advice can spark.

Now, does that mean I’m suggesting that you should take responsibility for someone else’s inner turmoil? No. Of course not. (Unless you’re Steven Spielberg. I’m still waiting for an apology for E.T.; scarred for life. While you’re at it, let’s throw in an apology for the last Indiana Jones! …. I digress.)

People will likely turn to self-flagellation before placing blame on a credible source, even after poorly thought-out advice from that source.

And yet, many credible sources can give bad advice.

The Limited, Ego-centric Perspective of Universals

When someone gives you advice with phrases like always and never, they don’t really  mean always and never. What they are really saying is that in their experience the advice has or hasn’t worked.

In my experience, people who regularly give universal-laced advice are usually some of the most ego-centric bastards I’ve ever met. (Bless their hearts.)

The reason why their advice is riddled with universal language is because their world is the universe.

The perspective on their advice is limited to their own experiences, personality, and circumstances. Of course, this is true of anyone who gives advice, but people who use universals don’t acknowledge that fact.

That is why I’m extremely hesitant to follow the advice of someone who regularly uses universals. It is an indicator that they don’t typically consider other perspectives or possibilities. This doesn’t automatically make them wrong, it just makes their advice suspect.

Saying, “You should always use gestures when you speak.” is much faster than saying, “If you are wanting to illustrate a point and demonstrate your connection with that point, then more gestures is advisable. However, too many gestures can be highly distracting and in moments when you want to draw in someone’s attention, then stillness might be advised.”

And so, out of linguistic laziness, we lean on words like always, never, everyone, nobody, and so on.

If you’ve read any relationship books or been to any kind of therapy, you have probably heard quite a bit about universals. Couples in arguments tend to throw out terms like, “You never listen to me,” or “You always do that.”

This kind of language can lead to very rocky relationships. 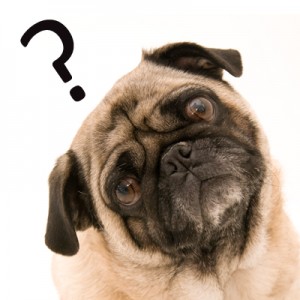 So, when you hear someone using universals, you might want to question the validity of the statement. “That never  works? What about that time last week when it did? Maybe you mean it doesn’t work as often as you like or it doesn’t work the way that you would like. What do you think?” (Make sure you are in rapport with the other person before questioning them.)

Don’t just question the universals that others use; question your own.

Turn up your antennae and pay attention to when you use universals. Are they accurate? Or, are they linguistic laziness? Is there a different way to get your point across?

Words are things. What you put out into the world creates the world around you. So, pay head to what you say is true always and never.

When do you find yourself or others using universal language? Did this shine a light on how you or other people give advice?

I would love to hear your comments in the comment section below.

Also, if you think that this could be interesting and helpful to your social circles, please click on any of the pretty social media buttons to share it.

Your Words and Your Happiness