How to Create Your Perfect Sales “Script” 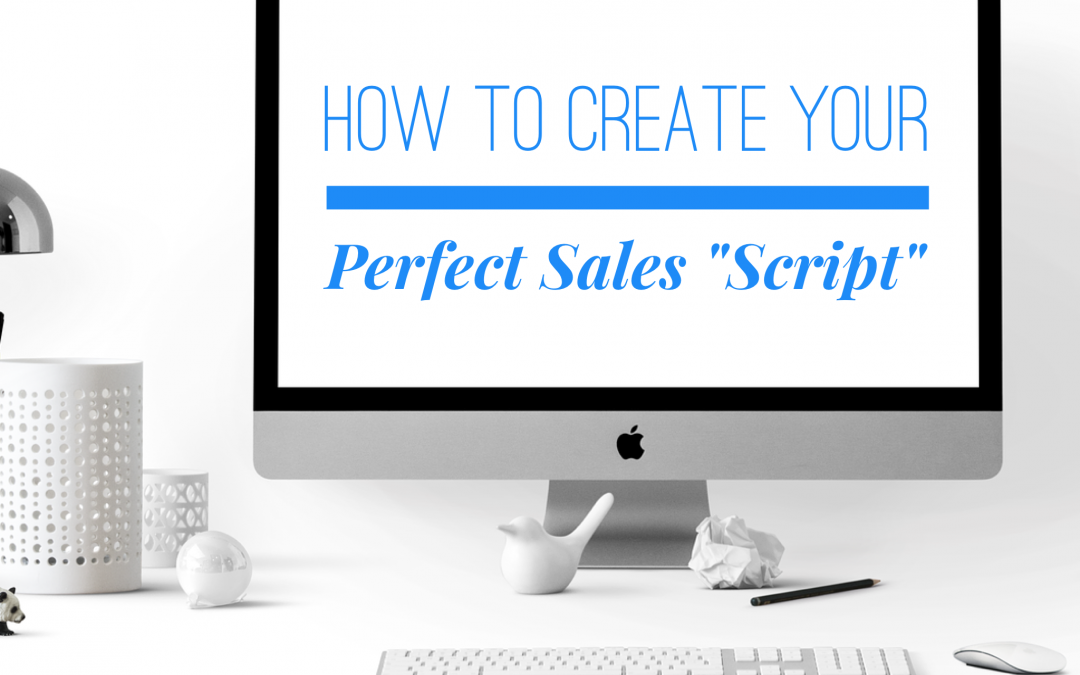 Emotions play a vital role in the sales process. Knowing how to draw out emotions will land you more sales. But most people don’t know how to do that in an effective way, that isn’t slimy, and that feels natural and conversational.

Selling doesn’t come naturally to a lot of people. With so much bad sales advice out there, it’s no wonder why the struggle is real.  That’s why I’m empathetic when someone tries to sell me something and isn’t good at it. They either have no training or they’ve been given misleading advice (even if it’s well-intentioned advice).

The other day I was a part of a sales call that exemplifies how sales scripts are flawed, as well as how sales calls can easily improve and be more enjoyable while close more clients. It all boils down to understanding influential principles, rather than relying on sales scripts or outdated techniques.

ONCE UPON A TIME… 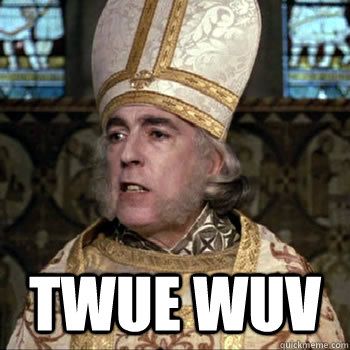 Our story begins when I saw an ad on instagram.

The picture was of a happy, attractive couple. They copy said something like, “Are you tired of dating apps? Let us find Mr. Right for you!” The ad copy wasn’t that cheesy. I just can’t remember the exact words. The ad spoke to the frustration of using dating apps, the time spent searching, and the games of dating. Then there was an invitation to a questionnaire.

Yes. I clicked on an ad for a dating service.

I had a “what the hell” moment and filled out the form. From there, it went to a page to book a call with one of their matchmakers. From a business perspective, I was impressed with their systems, so I had a glimmer of hope that they might actually provide value. I was intrigued.

Leading up to this call with the matchmaker, I was feeling impressed by this company. I was hoping they could provide a solution to my dating life.

I kindly declined their offer.

If you ask me, it was a complete failure in sales training. I do not blame the sales associate (though I’m sure she’ll be getting the blame from her company). It is the company’s fault for not equipping her with the right tools for sales success. Instead, they gave her a sales script.

There was nothing wrong with her. She had a lovely, confident speaking voice. She was professional and articulate. She had the qualities you’d want in a phone call sales associate. She just didn’t have the skill. She had a script.

It began when she asked, “How long have you been single?” I answered.

Then she asked, “Are you currently dating?” I answered.

Her next question was, “How are you getting dates?” Again, I answered.

“Have you ever worked with a matchmaking service before?” Answered.

“Ok, let me tell you how we work and why we are different from other services….” She then proceeded to give me the whole spiel about the company.

I hope reading this quasi-transcript feels as clinical as it did in the actual conversation. 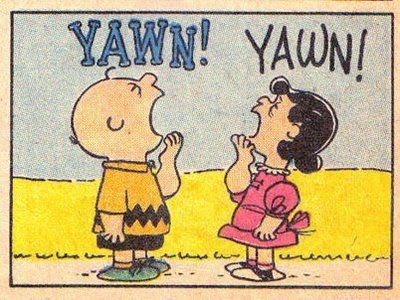 Then, when she was describing the company, there were quite a few “ums” and her pace became stunted. I politely listened, desperately trying to turn off my coach/consultant brain. When she finished, I couldn’t help myself.

I said, “I’m just wondering – and please know that this comes from a genuine place of love and respect – are you new with this company?”

She laughed a little. (Oh, thank god! She doesn’t think I’m an asshole!) “No, I’m not, but I’m working off of new material today. You’re actually my first call with this.”

I didn’t feel comfortable pushing the matter further. Besides, I had another call coming up. “I see. Well, I’m happy to be your first.” We shared another laugh.

Then I gave her the polite “thanks, but no thanks” line by saying, “I’m not interested at this time, but it if changes, I’ll keep you guys in mind.” (I’ve already forgotten the name of the company.)

She asked if she could email over some materials. I said sure. (Deleted.)

And that was how a dating company failed to sell a prime prospect on their services.

HOW IT SHOULD HAVE GONE DOWN

Asking questions isn’t enough. (In fact, asking questions often can work against you.) You need to know how to turn someone’s answers into influential ammunition. Influence is about finding alignment between your prospect’s triggers and your goals. She never used my answers as kindling to ignite my interest.

So, how can you use answers for influential kindling?

Her first question was, “How long have you been single?” I answered and then she moved on to her next question in her sales script. Right there! Right away she made her first mistake and missed a huge opportunity. What should have been an emotional and vulnerable conversation felt more like filling out a form at the DMV.

She should have lingered here. Why have you been single that long? How would you like your life to look like with a partner? How are things right now compared to the vision you have for yourself?

If the conversation had followed any of those tracks, I would have given her my credit card information right away. 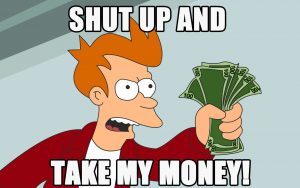 Any single person could be driven to take action to fix their singledom if given the opportunity to share any vulnerable aspect of single life – going to bed alone, not having someone to lighten the load like picking up something from the store, or feeling like you don’t have someone to support you. ANY of those could be strong emotional anchors.

Because she didn’t inquire, I was emotionally unattached to my responses. So was she.

After each question she moved on to the next. I didn’t feel anything.

How is this possible?! I was talking to her after New Year’s and shortly before Valentine’s Day! If there was EVER a time to easily convert a single person into a client for a matchmaking service, THIS. WAS. IT!

Without connection, there is no conversion.

WHY THE BEST SALES SCRIPT WILL FAIL

Having a sales script is a half measure. If you are playing a numbers game — using the same script on the masses — then, statistically, that script will work at times. On the other hand, if you aren’t approaching your sales with the old school cold calling frenzy, then you must create connection. A sales script won’t accomplish that.

To make your prospect feels special and heard you have to go off script. Meaning, you need to have an actual conversation…with a goal. Also known as: being influential.

It’s the classic give a man a fish, teach a man to fish scenario.

Which would you prefer? Developing sales skills that let you (and your team) think on your feet and successfully adapt? Or developing a script that limits connection and can throw things off?

What’s the alternative to a script? A framework.

A script is strict. You go from point A, to B, to C. The flaw is that your prospect doesn’t have the script! They don’t know the responses they are “supposed” to say.

A framework, on the other hand, is a guide for the sales process. A framework is a “choose your own adventure” style of conversation. You know the milestones you need to pass along the way, but the path you use to get there is a collaboration between you and the prospect.

With this style you enhance connection, which increase sales.

The Influential VIBES are the persuasive leverage points that you should seek out in every sales conversation. The VIBES have been proven to work in every scenario because they are based on universal human drivers.

The VIBES are a person’s:

Let’s take a look at how the VIBES could have been used in the conversation with the matchmaker.

When she asked me how long I had been single, if she had expanded upon that question, she easily could have drawn out some negative Emotional Triggers – the negative associations I have with being single. Like, I could have brought up that time that I didn’t go to a dinner party with 3 other couples. I didn’t feel like having a Bridget Jones’s moment. She could have used any similar situation to anchor in the pain or discomfort of single life.

Check. One of the VIBES identified.

Her next question was if I was dating. I said yes. She could have asked how dating was going. What was working and what wasn’t? Obviously, the dating wouldn’t be working because if it were, I would be in a relationship…which is obviously the goal. Hmmm….sounds like a perfect transition into Secret Goals and Desires. She could have asked about the type of relationship I want. What would that look like? How would that feel? What would we do together?

Just with those TWO expanded lines of inquiry, she would have an Emotional Trigger and a Secret Goal and Desire. Those two alone would have made me more emotionally connected. It could have stretched the gap between where I am now and where I want to be, making me more motivated to take action on the call.

Come on! That’s much more powerful and compelling than, “Let me describe our business”!

I felt bad for her because I know that there are many people like her. You might be one of them, too. You have the best intentions. You want to create positive results for your clients. You have a great product or service. But you’ve been frustrated because people aren’t signing up as much as you’d like. And the worst is when, like this matchmaker, you have a prospect that is interested and ready to buy, but something doesn’t click and the valuable opportunity is lost.

Instead of relying on a flawed sales script, try using the Influential VIBES as your sales framework.

Of course, there is so much more cool stuff when it comes to using the VIBES in your business. That’s why I include it in all of my courses and my coaching! If you’d like to find your own authentic and aligned way of landing more sales, then it’s time that you take a look at the Persuasive Profits course. We are gearing up for our 2017 class. You can be a part of it.

8 Steps for Winning an Argument