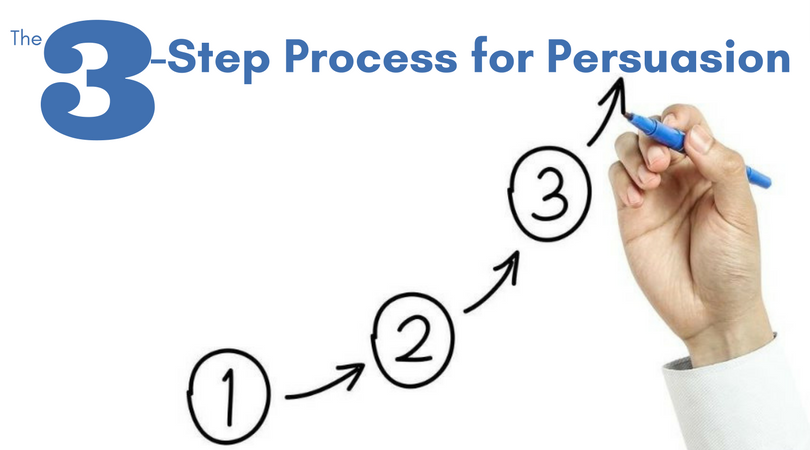 Let’s talk about what it means to be influential.

I’m not talking about being an “influencer” in the modern sense of how many Instagram followers you have or how many people like your Facebook page. (There are plenty of people who know how to game algorithms who couldn’t talk themselves out of a paper bag.)

Today we’re talking about how to be an influential PERSON because when you crack the code on conversational influence, the world opens up to you.

When you’re an influential person, you know how to be compelling, people are interested when you speak, and you can motivate people to take action.

When you accomplish that, you don’t need to worry about gaming algorithms. You’ll be making bank IN THE REAL WORLD.

And here’s the good news…

You don’t have to crack the code to conversational influence because I’m about to give it to you right now! (Aren’t you happy you came here?!)

So, when you need to influence someone’s thoughts, beliefs, or actions, don’t start by asking yourself, “What should I say?” You don’t know what to say yet because you don’t have enough data to determine what is going to influence that particular person.

Instead, the question you need to be asking yourself is, “What do I need to know?” …. But we’ll get there in just a second. First, you need to know where exactly you should start with your influential process.

Influence is communication with a goal.  Just as Stephen Covey succinctly stated in 7 Habits of Highly Successful People, you should “always start with the end in mind.”

Influential interactions are no different.

What do you want to have happen?
By when?
What resources do you have to accomplish this?
Who are the key players?
What is your timeline?

NOT Influential: Having a vague idea of, “I just want him to agree with me” isn’t specific enough of a target for you to aim for.
INFLUENTIAL: A better influential goal is, “I want him to feel excited about this project and commit to putting an appointment on his calendar for a kick-off date.”

NOT Influential: “I want to sell coaching.”
INFLUENTIAL: “I want her to purchase my 6-month coaching package, pay the full fee upfront today, and put our first session into the calendar.”

The clearer you are about your influential intentions, the easier it is to guide them in that direction.

Your first job as an influencer is to pay attention, look for patterns, and connect the dots.

Everyone has their own unique way of how they want to be persuaded. All you need to do is turn your observational antenna up to find your mark’s influential frequency.

In order to do so, you must stop talking. Remember, the best influence doesn’t start with “What should I say?,” it always begins with, “What do I need to know?”

Observation is the most self-less part of influence.

Be careful not to judge what you discover during the observation phase. Meaning, don’t look down on your mark if they are obsessed with expensive, flashy cars and you think that those types of cars are a sign of stunted manhood. You must see what they see in what they value.

An influencer never tries to push their perspective upon the mark. Instead, an influencer seeks to work WITHIN the mark’s perceived reality.

The observe phase is my favorite phase because it means all the burden of being “influential” is off your shoulders! Just sit back, relax, engage, be interested, and be curious about the person in front of you. How glorious is that?!

Now, I hear your “Yeah But Demon” itching to interject, “Yeah buuuuuuut…what if I have to influence them quickly? What if I don’t have much time for all this observation?”

So don’t let a perceived scarcity of time be your excuse for skipping this important step. When the observe phase is done correctly and with confidence, an abundance of time presents itself.

Connection is the bridge between your observations and your influential objectives.

Without creating a connection, you haven’t earned the right to influence someone.

The most powerful forms of influence are built upon connection. If you try to persuade someone without building that connection, you’re dangerously close to being manipulative and not persuasive.

Be sure to tick off the connection box of the influential process before attempting persuasive tactics. If you jump the gun, you could sabotage your efforts.

Here are a few tell-tale signs that you’ve successfully created that connection. When your mark:

If you notice just 2 or more of these signals, then you’ve accomplished phase 2 of your influential process.

…. And THEN you can influence them.

After observing and connecting, you and your mark are primed for a successful influential interaction.

Now is the time to say why your product, service, or idea is exactly what your mark wants and needs.

Now, I’ve developed full courses and workshops on this topic and trying to fit it all into a blog post is just not plausible. But here is your amuse bouche for some influential techniques:

Us this technique to get your mark to self-qualify for one of your products or services.

NOT influential: “We have options Good and Better. Which do you like?”
INFLUENTIAL: “Typically, I find that my clients fall into one of 2 categories. In the first, they are wanting to maintain control and deploy the work themselves. And the second group are those who don’t want to worry about it and just have everything taken care for them in the background. Which one sounds most like you and what you’re looking for?”

BOOM! And just like that, your mark is now telling you which package to pitch them! All because you knew how to use the bucket technique.

At first glance, this may seem counter-intuitive. How can limitation be influential? Well, it boils down to simple psychology.

Sometimes out of excitement (or desperation) to make a sale, we offer a bunch of options so the prospect has their perfect customized solution.

When you offer too many choices, their brain gets overwhelmed and stalls out. You will trigger decision fatigue and your mark will choose the hidden choice: to make no decision at all. Limit their choices and you’ll create a faster path to “yes.”

NOT Influential: You can choose 3 items from column A, 2 items from column B, 3 items from column C, and you also get 4 bonus choices from each column. (WTF.)
INFLUENTIAL: Prior to our meeting, I took some time to think about which of our offerings would best fit you. And because of what we talked about today, I think I have 2 packages that you’d like based on what you’ve shared with me. You let me know which of these feels like the best fit.

I cannot emphasize enough how freaking influential this is….and yet, I see continually see people miss out on it’s awesomeness because they assume things, take shortcuts, or take the power of this technique for granted.

PLEASE! For your own sake, USE. THIS. Anytime you are trying to 1) convince someone of something, 2) ask for a favor, or 3) are describing the features and benefits of your offering, always follow it up with the word BECAUSE. When you give a reason for your opinion, for your favor, or for your product features, it instantly becomes more convincing.

In each of the above non-influential examples, it sounds like you’re just giving lip service to something you should say. But when you add the word because it shows you’ve given it thought and you really care. Now, you may have given it thought and you may have already cared before, but it didn’t show because there was the assumption that just saying it without any reasoning was enough to convey that. It’s not. Make because your new BFF.

When you follow the 3-step influential process – observe, connect, influence – you set yourself up for persuasive success.

And the best part about this process is that yourmark actually enjoys the journey. They don’t feel pressured and bullied. They feel heard and understood. This is how you create positive persuasion.

Are you intrigued by influence? Do you like nerding out over simple adjustments in language that can make a big difference? Do you want to be more confident in your sales and marketing? If so, then we’re cut from the same cloth! I love helping people tap into their persuasive powers – especially when it leads to your professional success. Take the simple step to reach out to me and tell me about yourself. Let’s connect and see if one of my coaching options is right for you.

How to Plan Your Year of Influence